By Sanchez Manning for The Mail on Sunday

A descendant of the founder of world-famous department store Liberty is battling to save the country house the family has owned for generations from the ravages of Britain’s new high-speed rail line.

HS2 is scheduled to pass just 800 yards from 500-year-old Field End Grange, a Tudor-era cottage in the village of The Lee in Buckinghamshire, owned by businessman Richard Stewart-Liberty.

The house, worth £1.5 million, was bought in 1890 by his great-great-uncle, Sir Arthur Liberty, who made his fortune after founding the London store that became famous for its fabric prints. 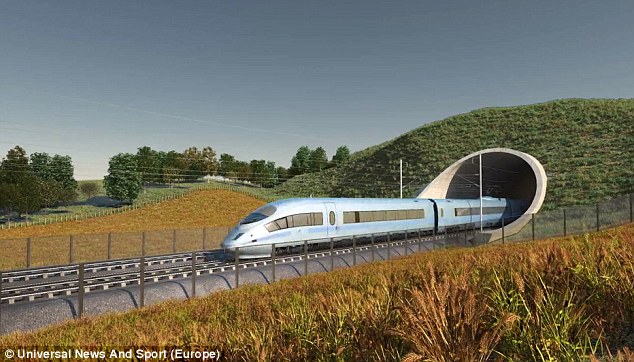 HS2 (pictured, an artist’s impression) will pass 800 yards from Field End Grange, a cottage in the village of The Lee in Buckinghamshire, owned by Richard Stewart-Liberty

But it is threatened by the route of the controversial new London-Birmingham rail route through the Chiltern Hills.

Mr Stewart-Liberty, 70, said: ‘It’s my back yard. The line comes right by my property and through some of my family’s other properties in a very beautiful part of the world. I’ve lived in this house on and off since I was born.

‘My stepmother lives just up the road and my brother and sister have houses around here. People come here in their thousands just to walk and have a lovely time. That recreational aspect will be damaged.’

There are plans for parts of the route through the Chiltern Hills to go through a tunnel and Mr Stewart-Liberty said he would like to see the whole section built underground.

He is one of the 827 opponents of HS2 whose petitions objecting to the new railway were published last week. They include bosses at the Roald Dahl museum, two miles from The Lee in Great Missenden, where the famous children’s author lived for 36 years until he died in 1990.

The village faces years of disruption after being earmarked as the place where the high-speed rail line will emerge after travelling through the tunnel. 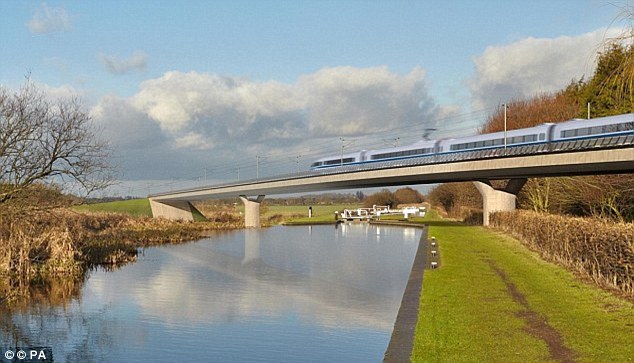 Stephen Gardam, museum director, said: ‘More traffic would increase the risk to our visitors, many of whom are children.’

Aston Villa FC is also objecting, saying noise from building work on the line near its training ground in the village of Bodymoor Heath, North Warwickshire, will make its use ‘untenable’.

A spokesman for HS2 said discussions were taking place with Aston Villa. He ruled out the idea of extending the tunnel, saying: ‘The current proposals provide the best balance between route engineering design requirements, safety, cost and the desire to minimise environmental impacts.’